Bollywood actor Saif Ali Khan and Her Ex-wife Amrita Singh’s beloved daughter Sara Ali Khan is one of the most promising actresses in Bollywood. Even This debutant actress has a huge fan following. The star kid Sara Ali Khan is constantly followed around by paparazzi wherever she goes. Sara Ali Khan is regularly clicked by the paparazzi post her gym outings and she often greets the photographers with a Namaste or Hello. Recently, after one such workout session, the actress stepped out of the gym and was left shocked when a fan went on to kiss her hand when she extended it for a handshake.

A video of Sara making an exit after her Pilate’s class has appeared online. She is seen in a white crop top and shorts and greeted media with a “hello”. As she headed towards her car and was about to enter, the photographers and some of the fans requested her for a few pictures. She happily and politely obliged them. She then posed for a few selfies with some fans and extended her hand for a handshake. In the meanwhile, as a male fan bended to kiss it, Sara was reasonably upset with the fan’s behavior and she immediately pulled it back in shock. A security man had to jump in to brush away the fan and scolded the fan for his gesture and made a slap gesture.

#saraalikhan snapped at her pilates class today. One of the fans tried to kiss her hand. Not so easy 🤛🙁 just because she has been so sweet. #viralbhayani @viralbhayani

Not just Sara, even her fans were surprised by the fan’s reaction. The video is doing rounds on social media. A fan wrote, “Sara is so sweet… one shouldn’t cross their limits…ridiculous behavior by the fan.” Another advised her to hire security, “Sara please hire a bodyguard.. Please.. Ur well wisher.” One more fan commented to the video, “Sara is humble but a fan must know the limits. You need extra protection princess, as soon as possible.” 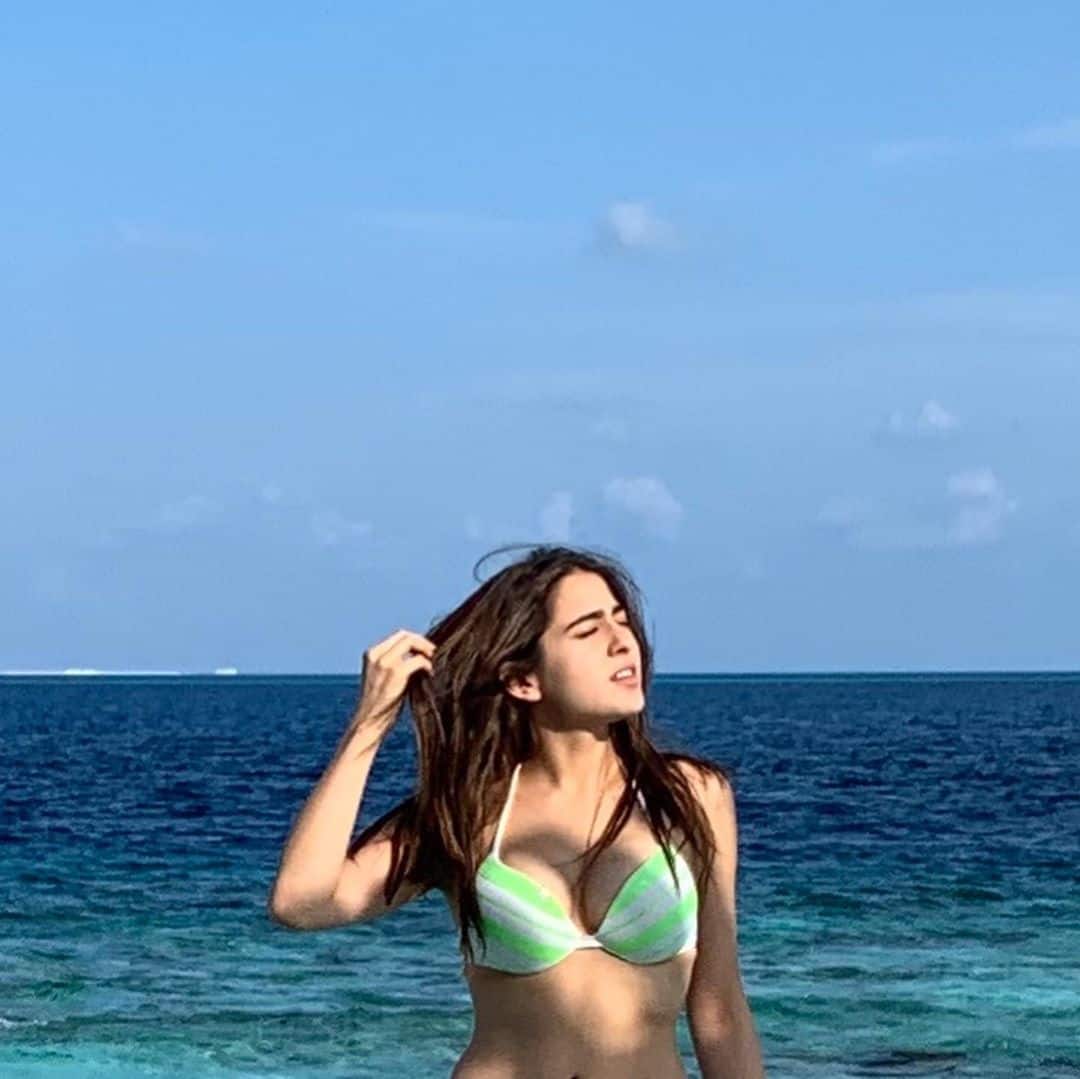 Sara has just returned from her Maldives vacation and had shared several pictures of chilling in a bikini on Instagram. Meanwhile, she is currently working on the ‘Coolie No 1’, the remake of 1995 film of the same name. She will be seen opposite Varun Dhawan in David Dhawan’s film ‘Coolie No 1’. She will also be next seen in Imtiaz Ali’s ‘Love Aaj Kal’ sequel opposite Kartik Aaryan lined up for release on Valentine’s Day, February 14.