The B-town celebrities always remain in the spotlight. Most of their fans are obsessed with them and keep a track of every move of their favourite stars. Not just for their professional fronts, these celebs have always become the talk of the town for their personal lives as well. Their luxurious lifestyle always grabs the headline. Sometimes their really expensive houses get attentions of media and fans. There are several Bollywood celebs who own insanely expensive houses in India. Let us have a look at their lavish houses that many of us can afford to see only in dreams. 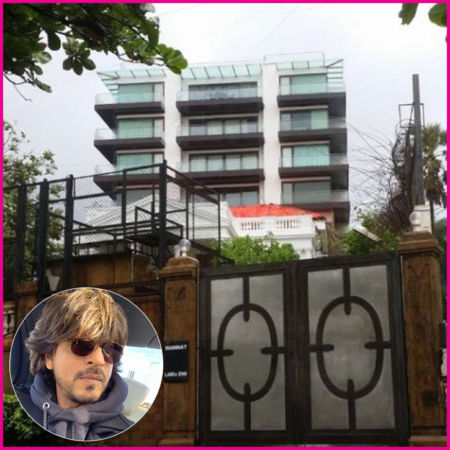 The Badshah of Bollywood aka Shah Rukh Khan surely knows how to live king-style life. He owns a sea-facing bungalow worth Rs. 200 Crore approximately in Bandstand, Bandra. SRK’s house ‘Mannat’ is one of the most expensive properties in Mumbai. The six-storey house has a mini-theatre, gym, swimming pool, a huge library and all luxurious amenities. The interiors of the house have been designed by SRK’s beloved wife Gauri Khan herself, she made the house even more attractive. The superstar’s house declared as one of the heritage site and can never be demolished. 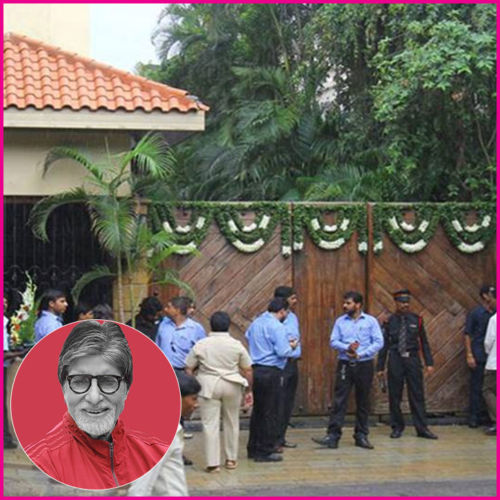 The megastar of Bollywood aka Amitabh Bachchan owns five houses in Mumbai, among all these one of his most famous houses is ‘Jalsa’, is located in Juhu and having an estimated worth of Rs. 112 crores approximately. No doubt that this mansion ‘Jalsa’ is one of the favorite properties of Big B, as even today he lives with his family in this lavish house. But this insanely expensive house was not purchased by Bachchans, in fact, Ramesh Sippy had gifted it to Senior Bachchan for his fabulous performance in ‘Satte Pe Satta’ back in the year 1982. 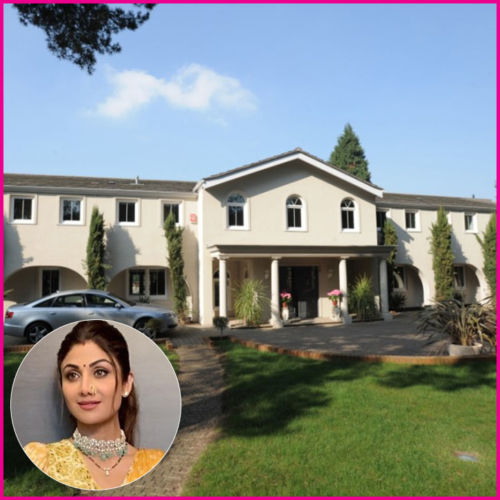 The fashionista of Bollywood Shilpa Shetty Kundra often shares videos and pictures of her house on her social media handles. There’s no doubt that the actress has one of the most beautiful houses ‘Kinara mansion’ is located in Juhu and the estimated cost of this pretty house is around Rs. 100 crores.. Apparently, the interiors of Kinara mansion have been designed by the actress herself, which include hand-picked items from all across the world. 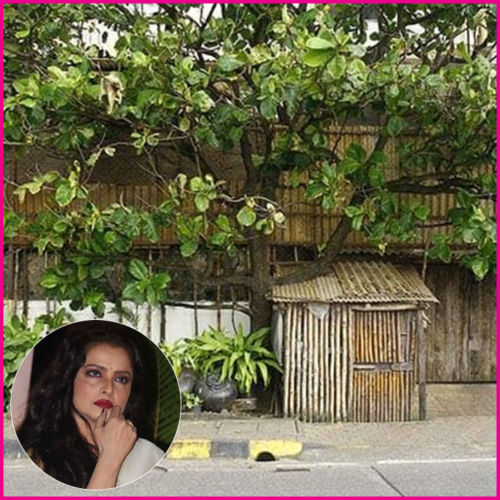 The Evergreen Beauty of Bollywood Rekha owns a lavish mansion near Salman Khan and SRK’s house in Bandra having the estimated cost of around Rs. 100 crores. Her residence is totally guarded by bamboo plants and trees which keep the personal life of the actress away from the limelight as none of the bystanders can see what’s happening inside. It is hard to tell about the interior details of her residence. 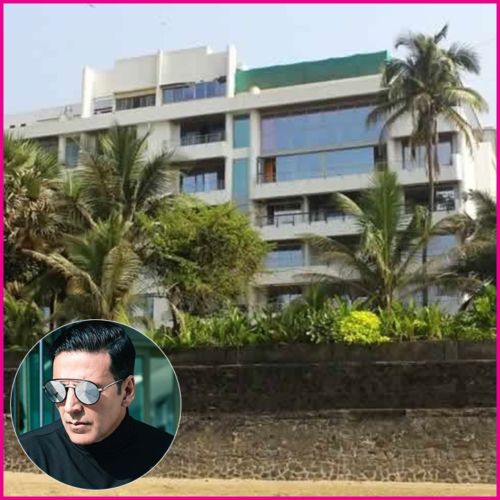 The Khiladi Kumar of Bollywood lives with his family in a beach-facing villa called ‘Prime Beach’ of worth Rs. 80 crores approximately. The architecture and the indo-western inspired interiors of the house have been done by his beautiful wife, Twinkle Khanna. As per reports, Akshay has kept his eye on this villa since his struggling days, when he was shooting for a photoshoot portfolio outside this villa. When the actor got the fame in industry, he purchased the same house.

John Abraham– Villa in the Sky 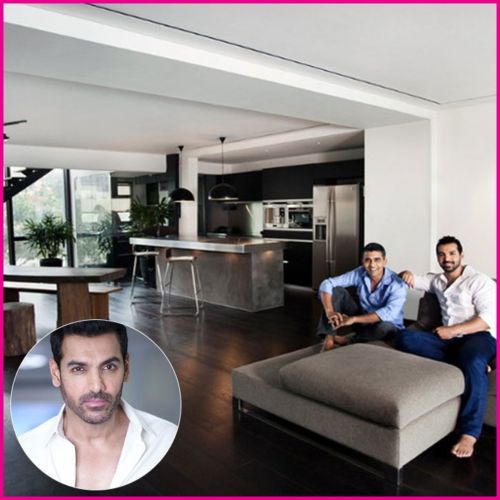 John Abraham’s penthouse is said to be one of its kind for its fabulous interiors and the architectural plans, John’s father and brother designed this villa by combining two old apartments into a luxurious penthouse. The Arabian sea-facing house is quite famous for its simplicity and sophisticated look form inside and outside.  Aptly this Bandra west villa is named as the ‘Villa in the Sky’ and costs around Rs. 75 crores. 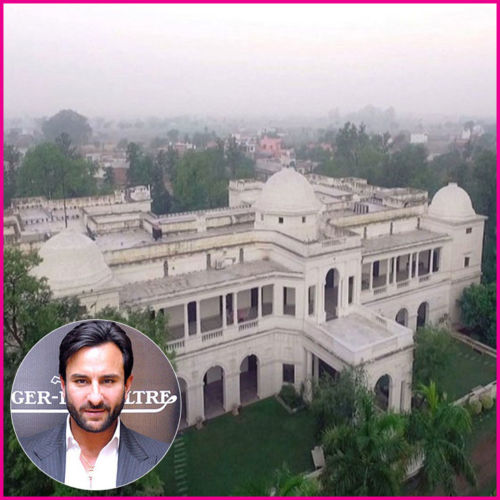 The Chhote Nawab of Bollywood Saif Ali Khan lives in Bandra, with his wife Kareena Kapoor and their son Taimur Ali Khan. The actor owns an Apartment in ‘Fortune Heights’. Later he also bought four apartments in the same locality which costs around Rs. 12 crores each, so the total value of his current residence is Rs 48 crores approximately. Saif is the only B-town actor to have a huge ancestral property in his name in his village Pataudi. Including his Ibrahim Kothi and several other properties, he owns properties estimated worth of Rs. 750 crore. 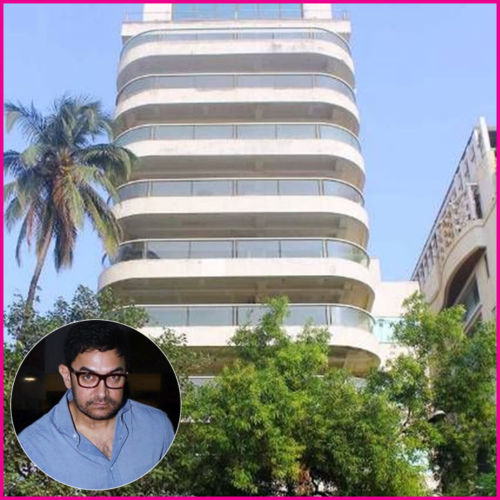 The Mr. Perfectionist of Bollywoo Aamir Khan owns a perfect house ‘Bella Vista Apartments’, which is located in the Pali Hill, Bandra having estimated cost of his house is around Rs.60 crores. The actor lives with his wife Kiran Rao and son Azaad in this house. Aamir Khan’s this residence gives a beautiful view of greenery on Pali Hill and this house has an interior mix of modern Asian and European elements. 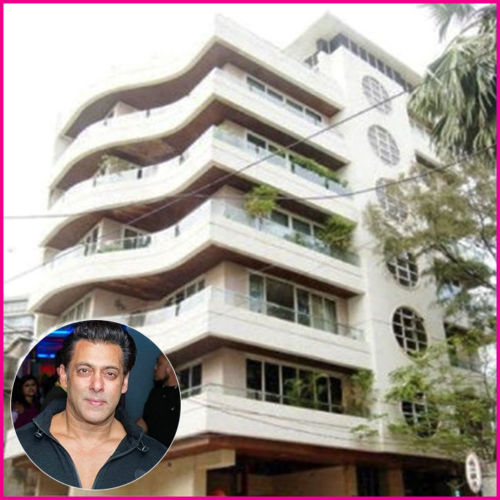 Bhaijaan of Bollywood Salman Khan has a lavish apartment ‘The Galaxy apartment’ in Bandra and is perfectly designed for his family. The Galaxy apartment has a price tag of Rs. 60 crores approximately. Not just that, Salman also owns a personal 1 BHK apartment in the Charter Road having costs around Rs. 16 crores.