Young and dynamic actress Shivaleeka Oberoi is the grand-daughter of Mahavir Oberoi who was producer of Bollywood film ‘Sheba and Hercules’ (1967). In 2019, Shivaleeka Oberoi made her acting debut opposite Vardhan Puri, grandson of Amrish Puri, in the romantic film ‘Yeh Saali Aashiqui’ directed by Cherag Ruparel and produced by Pen India Limited and Amrish Puri Films. Having made her debut co-starring Vardhan Puri in ‘Yeh Saali Aashiqui’, she is one of the few actresses to have signed her second film even before the first one hit the theatres. She got a chance to work with Vidyut Jammwal in film ‘Khuda Hafiz’ (released on 14 August 2020), directed by Faruk Kabir. Her acting in this film was appreciated by audience. Shivaleeka Oberoi was born on 24 July 1996 in Mumbai and educated at Arya Vidya Mandir School and Jamnabai Narsee School in Mumbai. Then, she graduated in English and Psychology from Mumbai University. During her college studies, she also did a 3-month diploma course from Anupam Kher’s Actor Prepares acting institute. 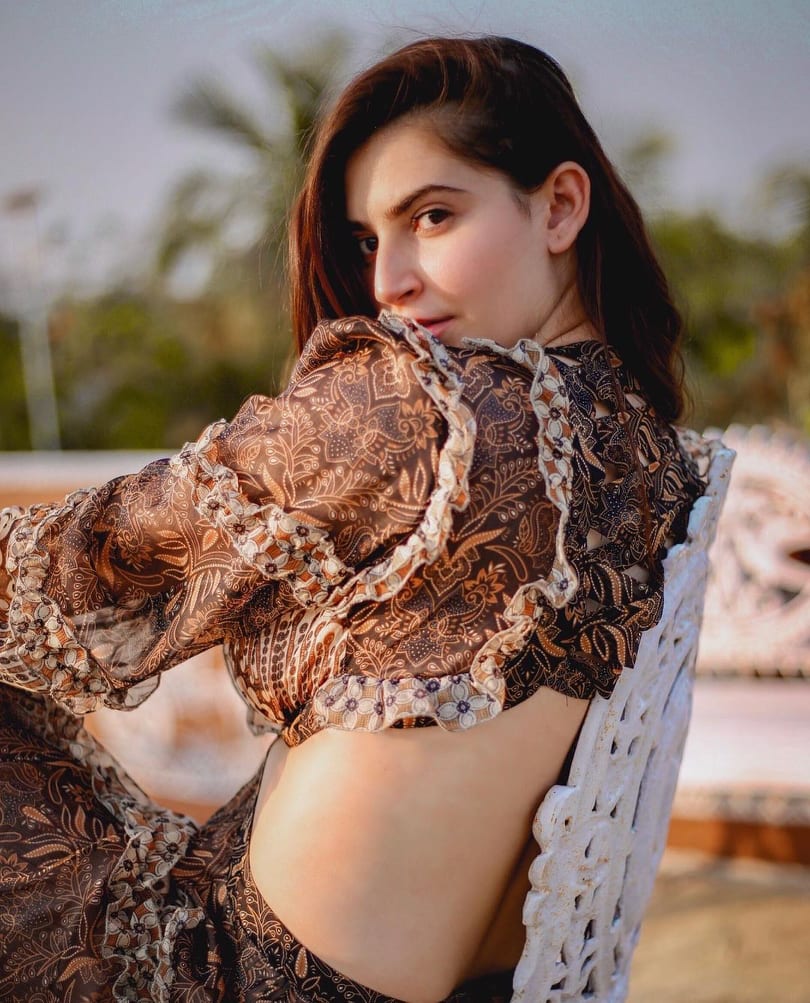 Soon after, Shivaleeka started working at Nadiadwala Grandson Entertainment and became an Assistant Director for ‘Kick’ (2014) and ‘Housefull 3’ (2016). After that, she went for auditioning for films and took up ads and modelling assignments before she got her debut film. Shivaleeka Oberoi got engaged on 15 January 2018 with her long-term boyfriend and actor Karam Rajpal who played the role of Vidyut on ‘Naamkaran’ actor. But later in November 2019, the actress denied the reports of engagement and called these reports false. Beautiful and talented actress Shivaleeka Oberoi remains very active on social media and often entertains her fan-following by uploading her glamorous and stunning pictures on her Instagram profile. Her Instagram handle is full with her stylish pictures. Slender and elegant actress Shivaleeka has a great fashion sense. She has carved a niche as a fashionista with her choices of attire and on-point fashion sense. She is usually seen giving poses in different types of stylish outfits in front of camera. Her fans often got impressed by her beauty and dressing style.