Actress Mouni Roy is one of the most stylish and the hottest actresses in showbiz industry. Besides acting, Mouni loves travelling. Every now and then, the gorgeous lady ‘Mouni Roy’ makes us go green with envy with her stunning vacation photos. 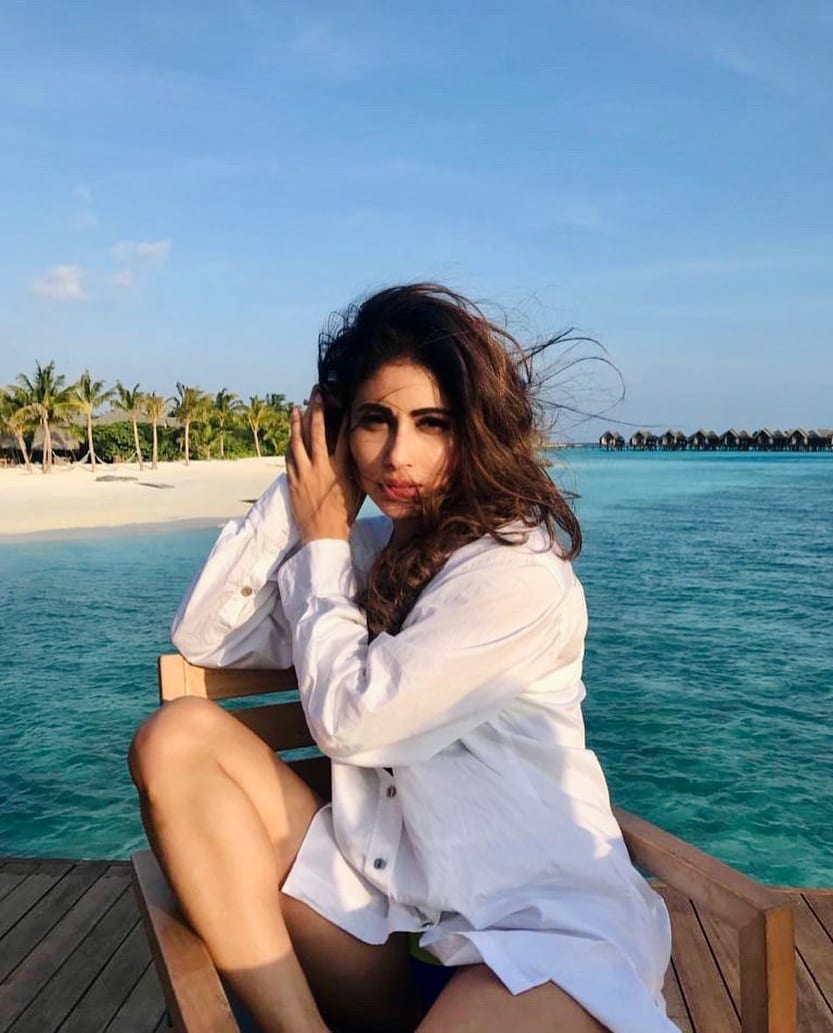 The beautiful actress Mouni Roy has been continuously keeping her fans and followers on Instagram updated. Mouni is treating fans with her pictures from her holiday destination (Maldives vacay). And, by looking at the pictures, we can say Mouni is a water baby. She looks no less than a mermaid in a red and purple monokini. 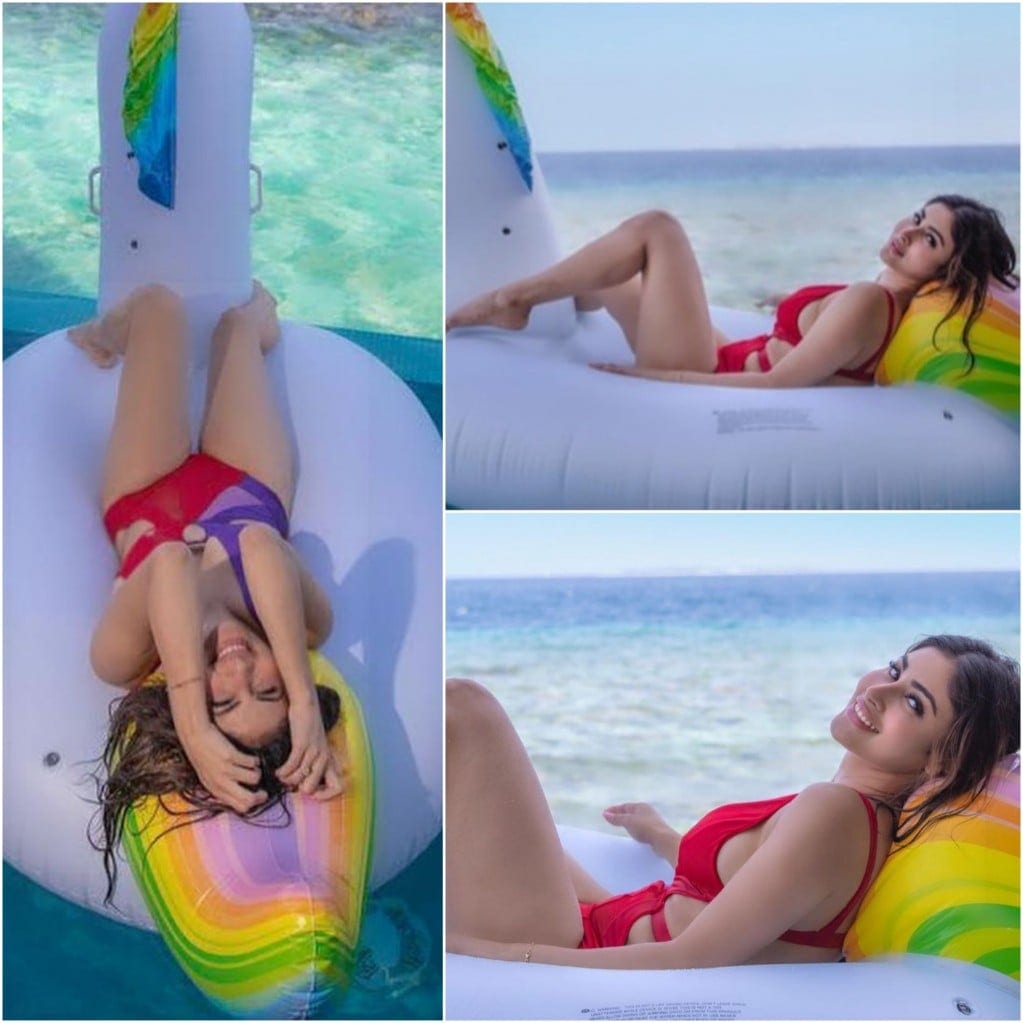 In pictures, the actress can be seen wrapped in a blanket flaunting her bare back while enjoying the sea view from her bed on the beach ocean. 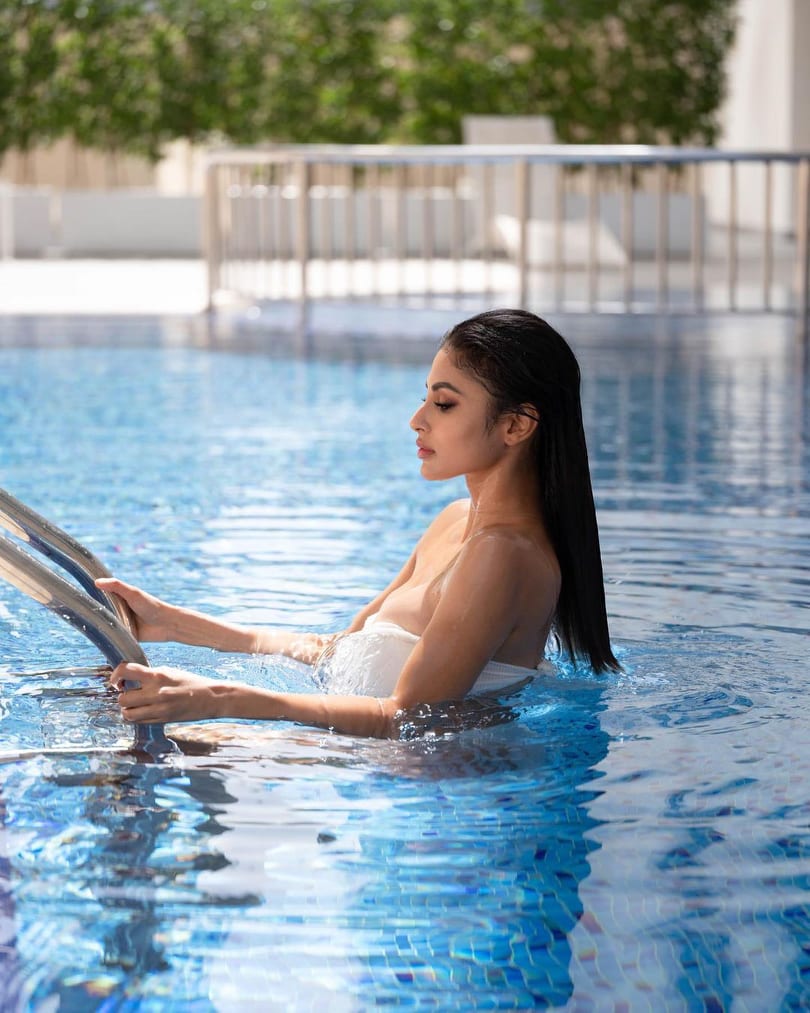 While sharing this picture she wrote in caption, “Opened this book at random… A big big thank you to @amila.rathnayake.photography Concept @rahuljhangiani @heritanceaarah @Globalspa_mag.” 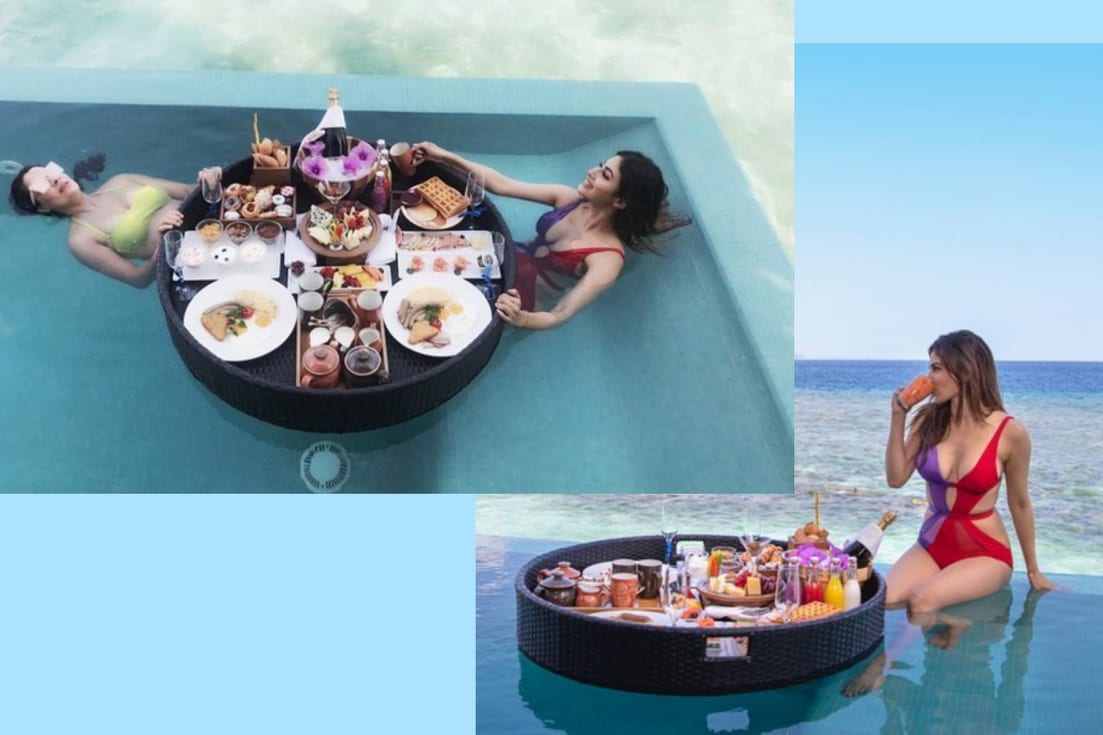 She also shared her photo wherein she is enjoying over a lavish floating breakfast. ”Breakfast but first BESTIE Thank you,” her caption read. 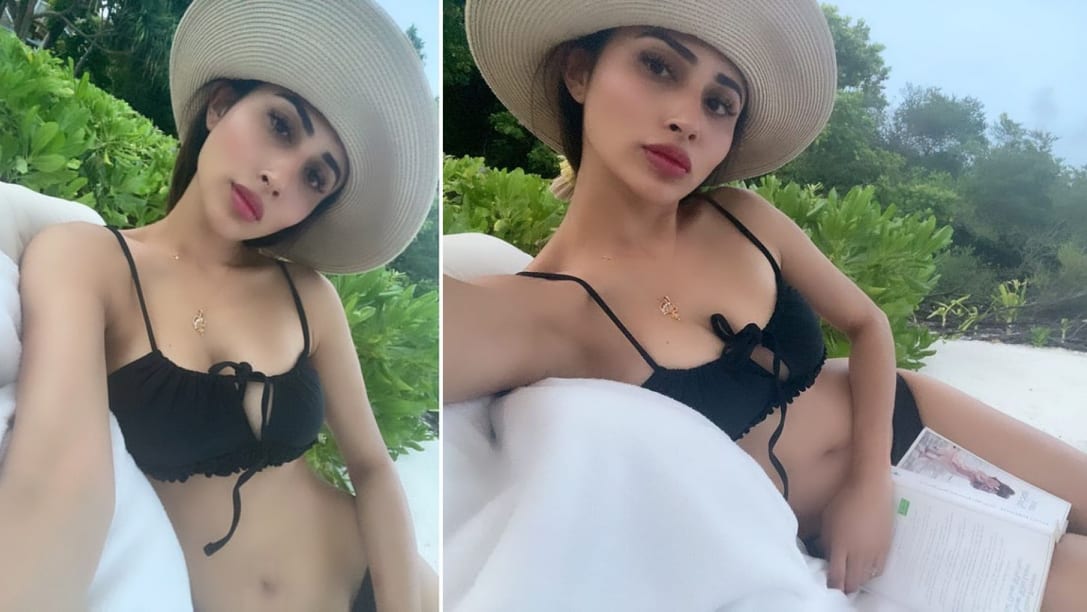 Mouni also presented a sneak-peek of the infinity pool, leaving her fans in admiration. 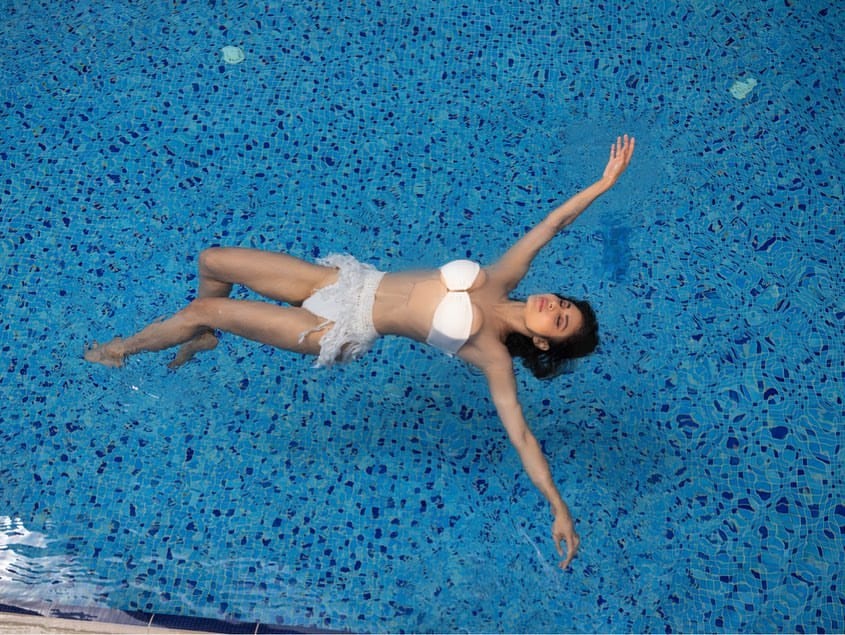 Sharing another beautiful photo of herself, in which she can be seen enjoying the swing, the actress wrote, ”Found my spot in this ridiculously beautiful painting ; thank you for letting me come & ‘hang’,” she wrote alongside the picture. 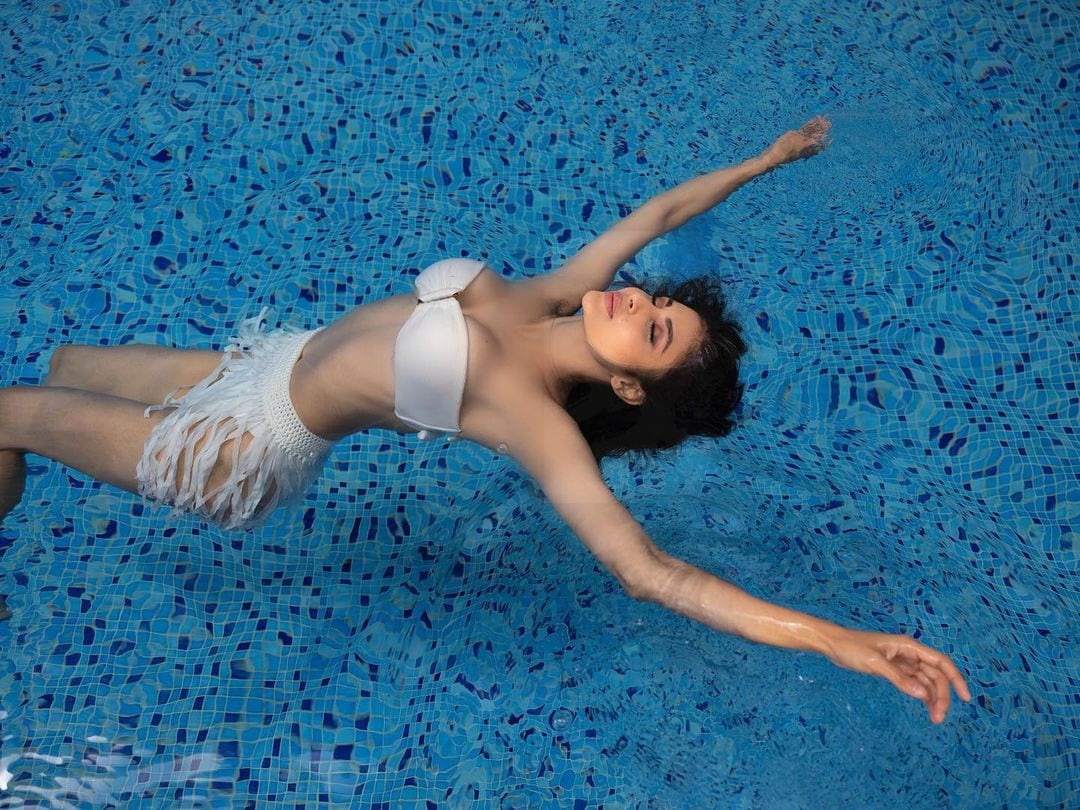 On the professional front, Mouni made her bollywood debut with Akshay Kumar’s film ‘Gold’ and she was last seen in ‘Made In China’, co-starring Rajkummar Rao. She will next feature in Amitabh Bachchan, Alia Bhatt and Ranbir Kapoor, Nagarjuna starrer film ‘Brahmastra’. Ayan Mukerji’s mythological drama ‘Brahmastra’ is slated to hit the theaters soon.