The heartthrob and dashing star of the South and Bollywood film industry, R Madhavan has won million hearts with the way he showcased romance and love on the big screen through his films. The ultimate chocolate boy of South Indian film industry, Maddy has earned a crazy fan following, especially female fans with his charming personality. The ‘Tanu Weds Manu’ star is ageing like fine wine with each passing day and his throwback picture will surely leave you nostalgic. The ‘3 Idiots’ actor Madhavan is known to keep his fans up to date with his latest looks but recently he took to his Instagram story and shared a cute picture of him with wife Sarita Birje from the time when they had just started dating. 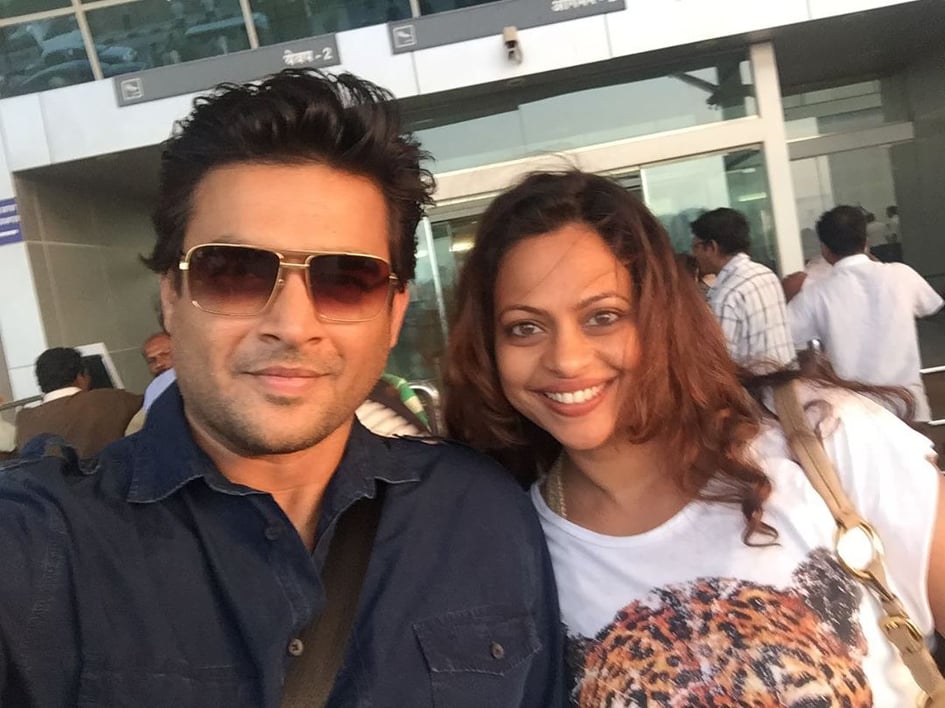 He wrote a caption on the post: “I knew then… What we know now.” The caption is also accompanied with two red hearts and two folded hands emoji. One can see in the picture, Madhavan cutely hugging Sarita and it is setting major couple goals. The much in love couple can be seen sporting casual attire. However, what has caught our eyes is Madhavan’s dressing style. ‘Rehnaa Hai Terre Dil Mein’ actor looks handsome in peach-pink colour sleeveless t-shirt teamed up with blue denim jeans and a brown belt while Sarita is seen wearing a casual light orange coloured patterned top and she looks beautiful. 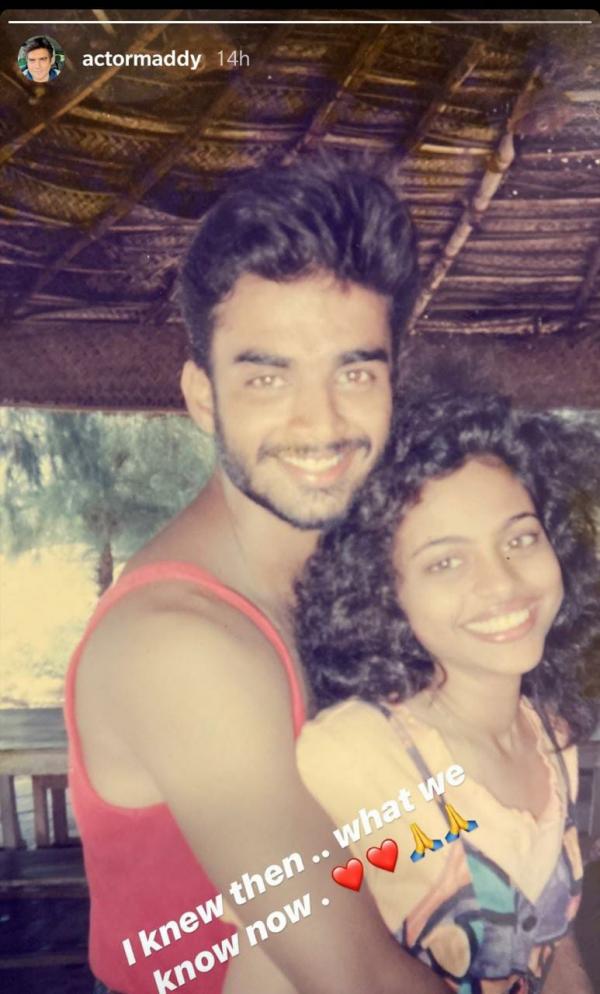 R Madhavan and Sarita Birje’s love story is one of our favorites. Maddy and Sarita met each other during a personality development class in Kolhapur.  Sarita was then Madhavan’s student. Madhavan’s this Throwback photo with his wife is breaking the internet. 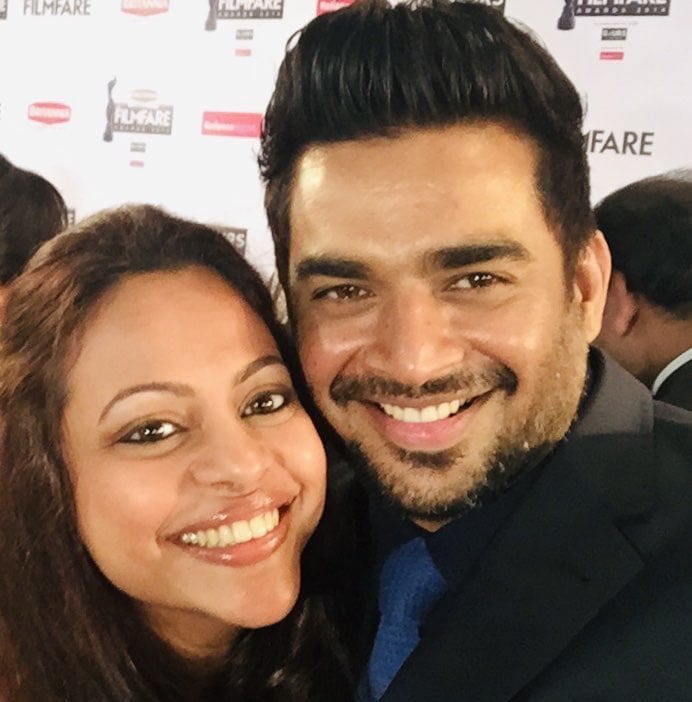 After 8 years of courtship, the couple tied the knot in 1999 in a traditional Tamil style. The couple is blessed with a son, Vedanta, born in 2005. 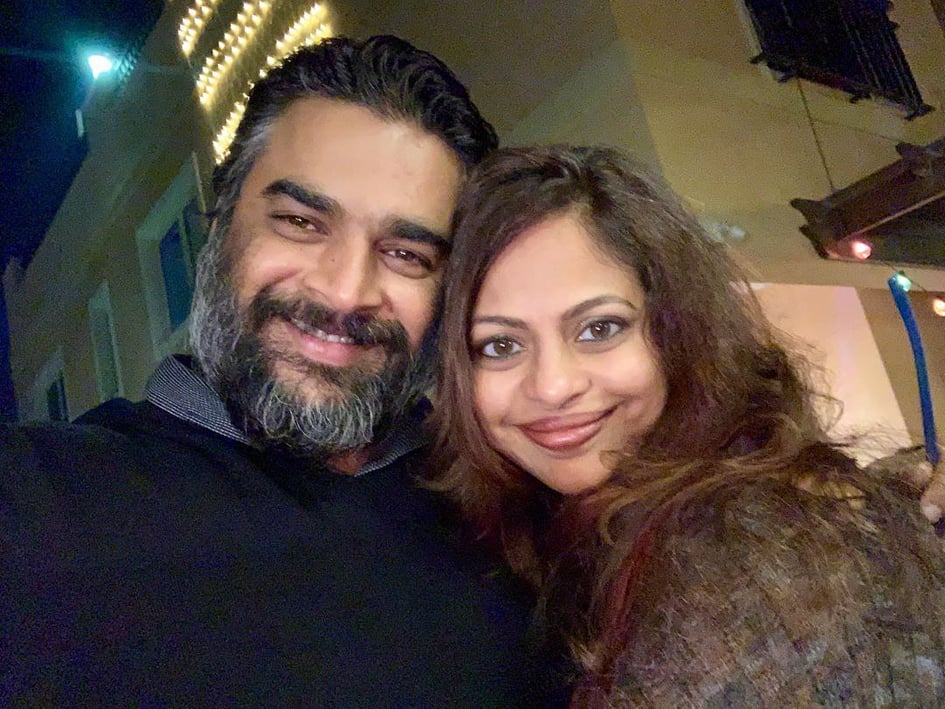 On the work front, Madhavan will be seen on the big screen opposite Anushka Shetty in their upcoming film ‘Nishabdham’. Madhavan will soon be seen in ‘Rocketry: The Nambi Effect’, in this film he will not only play the titular role of Nambi Narayan but will also produce and direct the film. The movie is said to be his directorial debut.